29th of February, a leap day is an extra day in the Gregorian calendar designed to help synchronize it with Earth’s orbit time around the Sun. If there were no leap days and leap years, eventually February would be a summer month for all the countries north of the Equator. As a matter of fact, without this correction the calendar year would be off by about one day after four years, by about 2 days after 100 years and so on.

The calendar, as we know it today, is basically faster than the actual solar year aka Earth’s orbit around the Sun which takes 365.25 days. It’s that .25 that creates the need for a leap year almost every four years.

To leap or not to leap?

The last leap year was in 2016, this year, 2020 is also a leap year and the next one is in 2024. If we do the math here, every 4 year is a leap year. But is it though? Christopher Clavius, a very exact German mathematician and astronomer further stated that leap days should not be added in years ending in “00” unless that year is also divisible by 400 (i.e. 2000 was a leap year because it is divisible by 400, but that 1900 was not a leap year).

This additional correction was added to correct the calendar over a period of thousands of years and was necessary because solar years are actually slightly less than 365.25 days, more precisely it takes 365.2422 days or 365 days, 5 hours, 48 minutes, and 46 seconds. Even adding an extra day to February every four years doesn’t quite do the trick, which is why scientists sometimes call for a Leap Second like they did in 2015 on June 30th at 11:59:60 pm.

Leaplings: mystical creature or something else?

The odds of being born on February 29th are 1 in 1,461, or .068 per cent. Leaplings (also called Leapers, Leapsters or Leap babies) are a real minority, with only about five million of them in the whole world. There is a higher chance of being born with 11 fingers and toes than being a Leapling. Those born on the 29th of February are invited to join the Honor Society of Leap Year Day Babies.

Fun fact: Rumour has it that Superman was born on the 29th of February.

When life gives you Leap Day… Make a cocktail!

You can make your own Leap Day cocktail with Craddock’s original recipe. I will just leave this here:

The superstition that Leap Days are particularly lucky or unlucky has been debated through history and across cultures.

In Scotland, was considered unlucky for someone to be born on leap day also Greeks consider it unlucky for couples to marry during a leap year, and especially on Leap Day.

We consider it to be your lucky day in branding!

That’s because we’ve decided we’ll be using our Leap Day this year for something good: designing a new logo for your brand, free of charge.

We have 8 working hours to give, and it will not be a full rebranding, as you will only receive one logo version, but it will be based on the details you give and wishes you share with us within the brief. So, it might turn out to be a truly lucky day for branding. Rebranding, actually.

We’ll choose between all the companies that will apply based on one single criteria: how well they fill in the brief – it must be detailed enough, it must answer all the questions and it must create a challenge (because we looove a good challenge!).

Want to take a chance and fill in our brief? 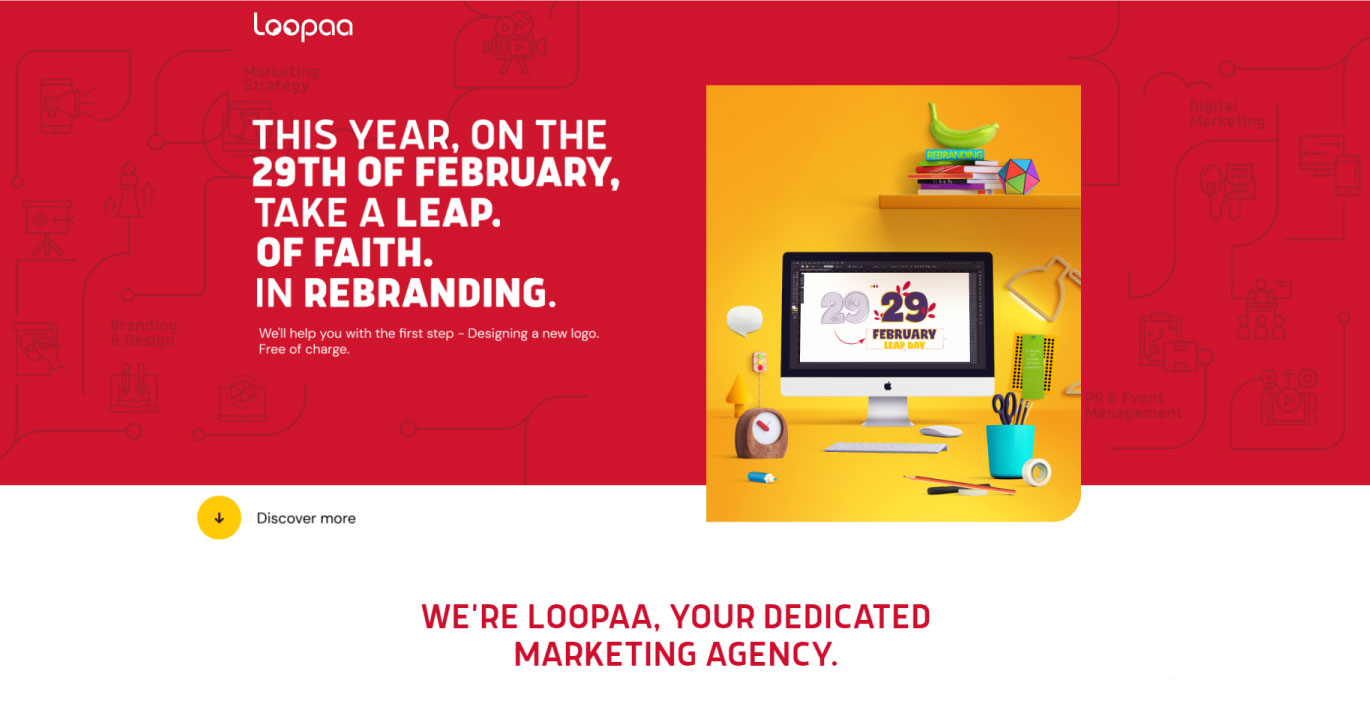 How to reshape your marketing budget in economically uncertain times?